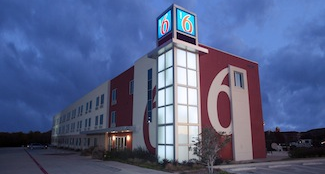 Motel 6 is now an iconic brand, representing the word “affordable” in the hospitality sector and it’s doing that elegantly! People book Motel 6 rooms for various purposes, but people select them over others for their no-nonsense price policy which offers the most basic amenities at the price competitors can’t beat.

The Motel 6 founders were aware of the fact that people want an affordable option without any fancy features (which they don’t require) when booking a hotel or motel room. Cheap is the key here, so they wanted their motel rooms to be damn cheap for the customers. At the same time, a business needs to make a profit to survive, so the founders chose the best of both world – minimum profit for the company and maximum savings for the customers.

So much so that, the name “Motel 6” was actually a literal representation of the affordability. How? Let me explain.

The founders of this motel chain had many years of experience in the housing projects for lower income group people. So they had the required skill to build and successfully run such an affordable motel chain. They were very clear that they want to develop the most inexpensive motel chain, as there was a very huge demand for such cheap-rent rooms – but the supply was lacking. People back then either had to resort to some expensive hotel rooms, or they were simply camping. The founders of Motel 6 wanted to fill this gap. But what would be an ideal room rent which majority of the people can afford, and simultaneously the motel owner would make some profit? So, they fixed the rent at $4 at first. But soon it was found that this rate is too low even compared to the most economical option available in the market at that time. So the rate has been increased a little, and a $6 price was fixed. That’s the reason the brand was named as “Motel 6” – where you can literally book a motel room for a meager $6.

In 2012, this economy motel chain brand went through tremendous turmoil. The Accor group, which was its parent company, sold the brand to another group named Blackstone group. It was a good thing though, for everybody involved. Because, despite trying for nearly 2 decades, the Accor group failed to bring the brand’s previous glory, due to lack of resources as per the concerned people. But the Blackstone group was financially sound enough to invest in the brand’s total makeover, and as a result, the brand is doing well again.

The Motel 6 brand is now expanding its operation outside of the USA and Canada. Recently it signed an MOU with another group in India, and there is news that they are expanding into China too. After so many years of being a North American brand only, it’s now going global. Definitely, it’s the parent company Blackstone whose perspective is reflecting by all these global operations. It’s undoubtedly good for the brand, and it shows how a capable leadership can change the course of the company which was on the verge of sinking.